Cordyceps, also known as caterpillar mushroom, is a type of fungus that commonly grows in China and Tibet. The name Cordyceps is used to refer to a group of more than 400 species of parasitic fungi.

This group of fungi has a great importance to humans, and it has been used as an herbal medicine for many years. The mushrooms have several chemical components and compounds that provide them with their medicinal properties.

The mushroom is commonly harvested in the mountain regions of the world. The fact that these mushrooms are grown on the backs of caterpillars makes them unique and exciting to researchers.

The mushrooms have several medicinal properties, including the ability to fight infections and get rid of free radicals from the body.

Researchers have also found out that the mushroom can be used to alleviate symptoms associated with disorders such as liver damage, cough, and respiratory disorders, among others.

The fungus is classified as a parasite because it grows on the back of a caterpillar. The fungus actually eats its host in the later stages of its development. Its base develops from the larva of the insect.

The base is dark brown in color, and it attaches itself on the organism while growing up to six inches above the ground. Upon full maturation, the mushroom consumes over 90 percent of the host.

The mushroom then swells up to gain a weight of about 500 milligrams.

The therapeutic effects of Cordyceps were initially noticed in the animals that consumed this mushroom. Farmers used the powder form of the mushroom to prepare tonics and tea.

The tonic effect was used to improve milk production in animals and also enhance their production capability. Other health benefits associated with the mushroom include promoting the performance of the body's immune system.

It also stimulates cells in the body that protect tissues from oxidative damage by the harmful free radicals. 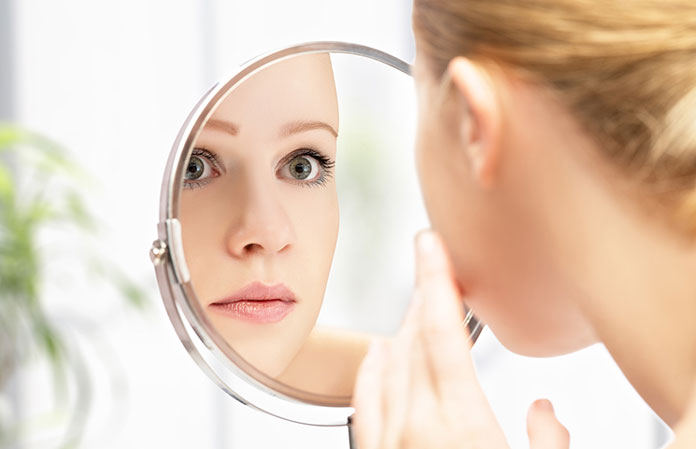 How Does Cordyceps Work?

Decreasing their concentration in the body can help to reverse the aging process.

Another interesting role played by the mushroom involves balancing the “yin” and “yang” energy naturally. It is believed that when these energies are not naturally balanced, one is likely to encounter an accelerated aging process.

The person is also likely to go through both physical and mental disturbances. Individuals with a well-balanced “yin” and “yang” feel and look young and fresh.

The mushroom's pharmacological activities, including antioxidant properties and the ability to boost the immune system, make it a suitable anti-aging agent.

The fungus destroys free radicals in the body that may increase the risk for oxidative damage to healthy body tissues. The ability to enhance the performance of the immune system enables the body to fight against the aging process.

Both biological and pharmacological studies have shown that the Cordyceps mushroom can increase the body’s immune function.

The intake of this mushroom is also linked to healthy internal organs such as the heart, the respiratory system, the reproductive, and the endocrine system. The mushroom is rich in polysaccharides and nucleosides that help fight against free radicals.

Studies have also suggested that supplementing an individual with Cordyceps after chemotherapy may help lower adverse effects of the anticancer agents. The supplement also promotes the performance of the immune system.

Evidence suggests that the intake of the mushroom may assist in restoring the normal levels of fats in the body and lower oxidative damage.

Cordyceps Can Be Used As A Natural Aphrodisiac

Since the ancient times, both male and female individuals have taken Cordyceps with the aim of enhancing their libidos and reproductive health. The supplement is thought to improve the ability of the body to utilize oxygen and deliver blood to the reproductive organs.

Its activity is important in promoting sexual function as well as physical health. The mushroom’s ability to improve fertility is facilitated by its capability to regulate inflammation levels in the body. Cordyceps also improves endurance and has anti-fatigue effects.

Its activities allow Cordyceps to be used as a natural regimen for the management of infertility.

Improve The Performance Of The Liver

As individuals age, the performance of the liver tends to decline. People diagnosed with hepatitis B may benefit from the use of the supplement. The liver plays a major role in the excretion of waste products from the body.

According to a study that was performed by the Department of Analytical Chemistry, Cordyceps has a positive impact on the various biological processes that take place inside the body.

The study demonstrated that the mushroom improves the metabolic process of both choline and proteins. The mushroom also has a positive effect on oxidative stress and energy metabolism.

Daily administration of the herbal mushroom has been linked to an improvement in metabolic disorders, liver damage, and heart diseases in laboratory animals.

The positive effects on the liver and the heart are due to the mushroom's ability to promote healthy breakdown and utilization of fats. As a result, the mushroom is known to improve the levels of triglycerides that are available in the body. Aging is commonly accompanied by problems arising in the respiratory system. Studies have demonstrated that the intake of Cordyceps mushroom can help improve symptoms linked to various respiratory illnesses such as coughs, asthma, and bronchitis.

The administration of the mushroom to a patient may also facilitate the detoxification process that improves the amount of oxygen gas that reaches the lungs.

As a result, the mushroom is beneficial when it comes to fighting off illnesses when a bacteria or a virus invades the body.

It Is Used As An Antioxidant

Clinical studies have found out that the mushroom possesses some antioxidant properties. The mushroom has been proven to block the oxidation of linoleic acid in the body.

It also inhibits the scavenging properties of linoleic acid against other oxidizing agents, including hydrogen peroxide.

The mushroom has chemical components such as polyphenolic and flavonoid that facilitate its antioxidant property. The two chemical components have been found in other studies to protect the body tissues from the damage caused by free radical scavengers.

The Anti-fatigue And Anti-stress Benefit Of Cordyceps

A study that was conducted on mice showed that a hot water extract of Cordyceps could boost the endurance of the mice to swim from 75 minutes to 90 minutes.

The study also found out that the mushroom suppressed stress whenever the mice were put under stress indicators.

Another separate study suggested that the mushroom can be used as a performance enhancer. It can improve the performance and endurance of individual put on Cordyceps supplements.

Cordyceps is considered to be safe for both adults and children when it is taken through the oral route over a short period.

However, no adequate information explains the safety of the mushroom when it is administered to pregnant mothers.

Other reports claim that the mushroom may interfere with the normal clotting process. Individuals with bleeding disorders may increase the risk of bleeding when they use the mushroom.

Other reported side effects that arise from the utilization of the mushroom include gastrointestinal disturbances such as nausea, vomiting, and abdominal discomfort. According to some studies, the patient may also experience diarrhea and dry mouth.

No sufficient information explains the safety of this herb in humans. Most of the studies have been performed on laboratory animals. It is advisable to be watchful whenever trying supplements that contain Cordyceps as an active ingredient.

Whenever unusual symptoms arise, it is important to stop using the supplement. If the symptoms persist even after stopping the utilization of the supplement, one should consider visiting a health care provider for advice.

Swanson manufactures this product. It is a potent energy tonic, and it is free of yeast and other harmful microbes. Customers have given it an overall rating of 4.2 stars out of a possible 5 stars on Amazon. It is sold t $19.44.

This product is formulated with freeze-dried, activated, and certified organic mycelium. It also contains other ingredients, including polysaccharides which boost the performance of the immune system of the body.

Cordyceps is considered safe for use. However, it has potential side effects for individuals with autoimmune disorders. Doctors warn that the mushroom may worsen autoimmune conditions such as rheumatoid arthritis, lupus, and multiple sclerosis.

It is advisable to seek medical help before taking Cordyceps in such cases.