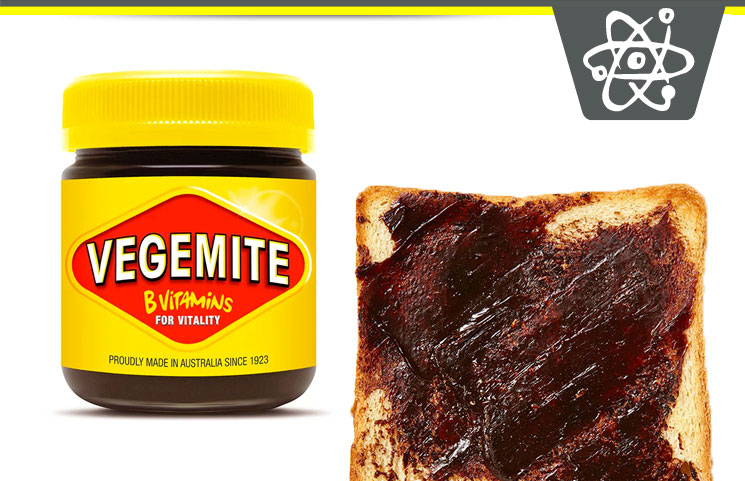 Developed in Melbourne, Australia in 1922 (likely before the toaster was even invented!) was Vegemite – a nutritious spread for toast, crumpets, crackers, and also for filling pastries. A salty, slightly bitter or malty taste, perfect for sandwiches or spread of a layer of butter or margarine.

Originally marketed throughout Australia as “Delicious on sandwiches and toast, and improving the flavours of soups, stews and gravies,”. In a unique contest by the ‘at the time’ unnamed vegetable spread, a contest paying 50 pounds to the winner to who could name the product. Unfortunately the original winner was never named by Fred Walker Company; however his daughter’s entry among hundreds, Vegemite rang in the win.

Despite marketing efforts, Vegemite underwent some difficult times, poor sales, an attempt at rebranding the product under a different name – to no avail. That is of course until it reclaimed its name of Vegemite and took on some brilliant marketing shifts. From Pontiac cars to cash prizes, gaining National and International momentum – eventually gaining official product endorsement by the British Medical Association.

An Australian staple, part of not only the home, but of the heart.

Throughout World War II, the Armed Forces were buying copious amounts of Vegemite for its nutritional value. The Fred Walker Company had to ration its availability throughout Australia just to keep up with the demand. Absence makes the heart grow fonder, they said.

A spread still being consumed by troops overseas today.

Perhaps you remember the “Happy Little Vegemites”? A jingle that invaded the airwaves for a couple decades – sharing the nutrition information of the growing popular Vegemite spread.

As bright as bright can be.

We all enjoy our Vegemite

For breakfast, lunch, and tea.

Because we love our Vegemite

We all adore our Vegemite

It puts a rose in every cheek”

Vegemite is one of the richest sources of B vitamins, specifically Thiamine, Riboflavin, Niacin and Folic Acid. The main ingredient of Vegemite is yeast extract, which contains a high concentration of glutamic acid, the source of Vegemite's rich umami flavour. Vegemite does not contain any fat, added sugar or animal content. Vegemite does however contain gluten. Vegemite contains 2.3% potassium. A lower sodium version is also available.

Vegemite delivers 25% of your Recommended Daily Intake (RDI) of riboflavin and niacin per serve, as well as 50% of the RDI of folate.

Providing Vitality and Energy to help your day get started the right way.

More Than 22 Million Jars Sold To Date Every Single Year

Another product in the Vegemite line with less fat than other spreads on the market – great on crackers, pita bread, vegetables and more! Much like the original Vegemite but in a more subtle and smooth way. Vegemite is also Kosher and Halal certified. Each serving provides 26% of your recommended daily intake of Thiamine and Folate as well as 13% of your recommended daily intake of Riboflavin and Niacin. All the benefits of Vitamin B found in Vegemite, with that added touch of variety.

The addition of the Vegemite Reduced Salt is another fabulous bonus to the product line. Extra B Vitamins and 25% less salt in this one. Fortified in B6 and B12 Vitamins, that are necessary in metabolism and supporting the immune system and brain function. This is a great option for adults who are looking to reduce their salt intake, and their families salt intake for health and wellness reasons.

Spread buttered muffins or toast with Vegemite and top with scrambled eggs and cheese. (Poached eggs may also be used)

Place the potato on a paper lined baking tray and spray with oil. Bake in a hot oven 200°C for 20-25 minutes or until just tender.

Sift together the flour, yeast, salt and sugar. Add the water and oil and stir to make dough.

Turn onto a lightly floured surface and knead until smooth and elastic. Place dough in an oiled bowl and cover with plastic wrap. Stand in a warm place for 30 minutes or until doubled in size.

Roll out the dough on a floured surface to make a rough 20 x 30 cm rectangle and place on a large, lightly floured baking tray. Spread with Vegemite and then top with sweet potato, rosemary and cheese. Bake in a hot oven 200°C for 10-15 minutes or until cooked through.

Perfect for breakfast, lunch, dinner, and snacks – There’s something to be said about a vegetable spread that has lived on for more than 90 years!