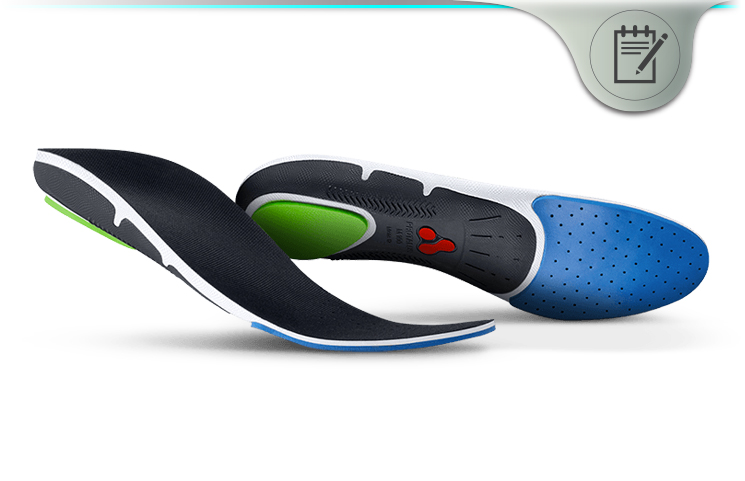 Lasting Relief from Foot, Knee, Hip and Back Pain

Show inserts or orthotics for your feet, are sometimes used to treat lower back pain in people as well as knee, hip and feet pain. Often, this is caused by some type of foot dysfunction or misalignment of some kind. Theoretically, when there is a misalignment, much of it routes back to the feet. Protalus may be the insole answer you have been seeking for. And, an answer that won’t cost you a fortune either.

Why Insoles For Pain?

Mechanical problems in the feet, can negatively affect the way people walk and stand. This isn’t always a problem initially, but over time this continues to place strain on the knees, hips and lower back. When we use an insole, this will help to correct the misalignment and relieve the repetition of pain in those particular joints.

Some common problems that can lead to difficulties include (but not limited to);

… and unfortunately, many more.

Protalus can also help relieve pain caused by flat feet, or that of high arches. Either way, supporting your foot as best as possible, like with an insole like this one, can alleviate pain from reoccurring, and prevent new issues from happening.

The Mission of Protalus Insoles

Dr. Nicholas Romansky is a podiatrist and believes in being able to get the maximum amount of relief, to the maximum number of people for the minimum price possible. He has outlined three (3) quick facts that can help you decide if this is the right insole for you.

Approximately 90% of the population has some form of misalignment as discussed above. And, because of that, it is commonly the reason for most foot, knee, hip and back pain. So, the logical answer would be – fix the misalignment, fixes the problem.

Knowing why Protalus Insoles are nearly as effective as custom orthotics but cost, 87% less, is important. Since Dr. Romansky spent 31 years professionally in Podiatry, and treated more than 22,000 patients – he found that most problems in patients with pain, was because of misalignment.

Because of this, he was able to design a mold and manufacture the patented designs at a volume of tens of thousands cutting the costs that constant molds cause. He found, that this design was suited to the masses because the main cause of their pain, was due to this alignment issue that could be rectified in the feet with the design used in the Protalus Insoles.

Wouldn’t you want to spend 87% less on insoles? And, know this – in case you fall in the 10% for example, that these weren’t designed for, and you require custom orthotics, he will send you your money back.

The insoles made by Protalus are described as ‘fundamentally different from competitors’. You see, most custom orthotics or insoles simply provide you with extra cushioning, molded to your feet. And, although this may provide comfort for you – initially, it is not addressing the root of the problem. Meaning, the pain will continue to reoccur because the problem is still there.

When you work to correct the misalignment, like the design in the Protalus Insoles do, the pain isn’t simply masked with cushions, it is corrected for long term relief. This is especially important if you are someone who spends a great deal of time on your feet.

Protalus Insoles do offer cushion support like the competitors, but they also work to provide arch support and correct misalignment.

Want to Try Them Risk Free?

How about this; instead of spending more than $600.00 on a pair of custom orthotics, give the Protalus Insoles a go. And, to entice you a little bit, try them risk free.

When you order a pair for only $79.95 (regular retail is $99.95) you will also receive a ninety (90) day money back guarantee. They describe it as – love them or we will give you your money back. This includes free shipping, free returns and free exchanges.

It is no wonder they have seen more than 500,000 happy (and now pain free) customers.

What Are Others Saying?

Aside from the number of testimonials available on their website, they also have hundreds of five (5) star reviews and almost 400,000 fans on Facebook!

Their return rate is less than 2%, so it is probably safe to say that they know a thing or two about insoles to help relieve pain in the lower back, hips, knees and feet.

It is really like saying you either will, or won’t spend fifty (50) cents a day on pain relief. Although, there are thousands of people who will spend hundreds of dollars without thinking twice on a custom orthotic. Don’t make that mistake – especially when you have nothing to lose, except pain.

Other reviews from doctors like Dr. Josh Kidd, a doctor pf physical and spine therapy says that he highly recommends these insoles by Protalus because he felt the unique design helps control the foot and that he has seen the same success personally, and with his patients.

Lastly, Chris Chapleau who is a professional exercise physiologist went on to say that they worked very well and that he wouldn’t be hesitant in referring his patients who require orthotics or insoles to the Protalus brand.

How Are The Protalus Insoles Made?

They believe in only using high quality materials that in turn, have created an effective product. The insoles have been third party tested and have received incredible feedback about their abilities to provide insoles that are distinct in comfort and include performance advantages.