Nicotinamide Riboside and Niagen are often celebrated as a “fountain of youth”. They’ve been linked to many health benefits, including better endurance, improved cardiovascular health, cognitive enhancement, and anti-aging support.

When you watch the compelling Niagen video you will see an established scientist from Harvard and Cornell University had to say about this breakthrough anti-aging fighter that is making 55 year old individuals feel like they are 35 in the gym again.

What is Niagen NAD+ Booster Review?

Niagen is a patented formula which is the first and only commercially available form of Nicotinamide Riboside (NR). It acts as a highly effective NAD+ booster, but it also works as a vitamin B3 (niacin) supplement.

It’s one of the most effective NAD+ precursors to support nucleus and mitochondrial health. That means it boosts cellular energy and reduces the effects of aging by enhancing cellular communication throughout the body and mind.

Before we discuss the details about what Niagen's NAD+ boosting effects for cellular metabolism, let's begin with the simple question with a complex answer: What’s the Difference Between Nicotinamide Riboside and Niagen?

Niagen and Nicotinamide Riboside aren’t exactly the same thing. Niagen is a patented formula made by ChromaDex, a publicly-traded American pharmaceutical company (CDXC). ChromaDex simply manufactures NR in its raw form under the trademark “Niagen” but can also be found under the names ANTI AGING PILL, LIFE1, CELL1, and ENEDREX offered by BPI Sports. This is where things get kind of complicated: other pharmaceutical companies can purchase the raw Niagen material from ChromaDex and sell it as their own formulas and supplements.

Some of these companies add different fillers or preservatives to the formula. Others leave the formula as-is.

Essentially, Niagen is just pure Nicotinamide Riboside marketed under a catchy brand name. More and more research is showing a connection between Niagen and some surprising health benefits. When Was Niagen Discovered? So not only does Niagen reduce the effects of aging, it actually appears to turn back time and make the cells function like they did when they were younger.

TIME magazine actually named Dr. David Sinclair one of the Top 100 Most Influential People of 2014. So yeah, Niagen is considered a pretty big deal in the current medical community. A lot of people are calling it the closest we’ve ever come to reversing the effects of aging. How Does Niagen Work?

Niagen increases the levels of a key chemical in your cells called NAD+. NAD+ stands for “nicotinamide adenine dinucleotide”, so you can understand why it’s shortened to NAD+.

Raising levels of this chemical within your cells actually reduces aging within the cell, giving you better energy and elevated mood. It’s also thought to raise your metabolism, enhance mental clarity, and reduce the risk of heart disease, cancer, and Alzheimer’s.

One of the only major problems with Niagen so far is its relatively young age: since it was only discovered within the last few years, it hasn’t faced a lot of clinical trials or independent research.

However, all early research performed on Niagen thus far has confirmed the beneficial health effects with minimal side effects reported. When you search for Nicotinamide Riboside on PubMed.gov, for example, you’ll find over 100 articles researching the molecule. All of those articles have been published in 2013, 2014, or 2015. As mentioned above, evidence for Niagen is mounting on a near-daily basis. Let’s talk about the major Niagen studies performed to date:

The first clinical study on Niagen performed by Dr. David Sinclair of Harvard

You may have heard of Dr. David Sinclair. And no, that’s not just because I mentioned his name up above. Dr. Sinclair was recently named one of TIME’s 100 Most Influential People of 2014 due to his work on age reversal.

Dr. Sinclair is widely known throughout the medical community for his work identifying the chemical known as NAD. NAD has been shown to reverse the aging process in living cells, and Dr. Sinclair has been able to extend the lifespan of yeast by 30%. Also it is important that one should dive into NADH supplementation as well.

Some of the most exciting research on Nicotinamide Riboside is currently measuring the effects of NR on tumors, cancers, and other deadly diseases. One November 2014 study published in the journal called Cancer Cell showed that “restoring NAD+ pools with nicotinamide riboside (NR) prevents DNA damage and tumor formation.”

This study was performed on mice, so it’s unknown if these effects will carry over to humans. However, early results are promising. 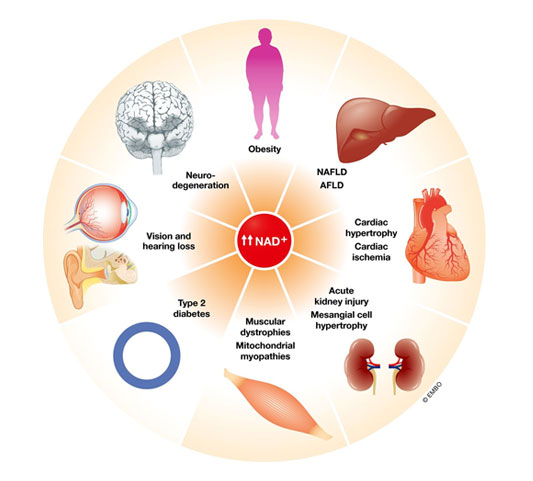 Another 2014 study looked at the anti-aging effects of NAD+ on mice. This research showed that “restoring NAD+ levels may be beneficial throughout the organism” and was shown to have a wide range of positive effects. Those effects include a partial reversal of skeletal muscle aging and reversing the effects of aging on organs like the heart.

One unique study looked at the effects of NR on hearing loss. Researchers found that the administration of NR, even after noise exposure, prevents noise-induced hearing loss. NR activates NAD+, which further activates chemicals within the cells. This study was just recently published at the end of 2014. Source.

Niagen worked on mice and yeast. Would it work on humans too? We’re still waiting for the results of that study as of December 2014. Since the clinical study was first announced in July 2014, this is to be expected. We’ll keep you posted as more information becomes available.

How to Choose the Right Niagen Supplement

As mentioned above, ChromaDex licenses its trademarked Niagen formula to a few different companies, all of which put their own unique spin on the formula.

Niagen itself is said to be manufactured from “high quality ingredients” and does not use any “fillers or binders.” These qualities – and the low toxicity of Nicotinamide Riboside – are suggested to make Niagen safe and free from side-effects. How Much Does Niagen Cost?

Like many things in life, the more you buy, the more you save. Shipping is also free if you buy 2 bottles or more, although standard shipping will cost you $3.95 when buying one bottle.

Live Cell Research Niagen also comes with a 90 day money back guarantee. You can simply return the supplement within the 90 day period with no questions asked to receive a full refund.

However, since Niagen and Nicotinamide Riboside are such new chemical compounds, I’d suggest being very careful making your purchase: there may be shady pharmaceutical companies out there trying to pass off a low-quality formula as 100% pure Niagen, and that could have damaging effects on your body.

Is Niagen the Right Supplement for You?

Niagen appears to come with some powerful anti-aging benefits across your body and your mind. As one of the newest and hottest supplements on the market, Niagen is making headlines around the world. But should you actually spend $50 on a single bottle of Niagen? That’s up to you to decide. What I will say is that the early clinical evidence for Niagen is convincing. With over 100 medical reports published on Nicotinamide Riboside to date, clinical evidence is mounting.

Based on those early clinical reports, Niagen and Nicotinamide Riboside have been proven to reverse the effects of aging by targeting special anti-aging compounds within the cells of your body. The only catch is that there are no published human clinical trials as of yet.

Ultimately, you can buy Niagen, try it, and return it for a full refund within 90 days. That flexible return policy shows how confident Live Cell Research is about its newest pharmaceutical supplement. I recommend taking advantage of that policy if you decide to buy Niagen.

But it is hard to ignore the sheer amount of extremely positive reviews on Amazon. Here is a screen shot of the most helpful ones: As you can see, these people sure love it. — We have linked to the product on Amazon that these reviews were taken from so that you can read more user reviews before trying.