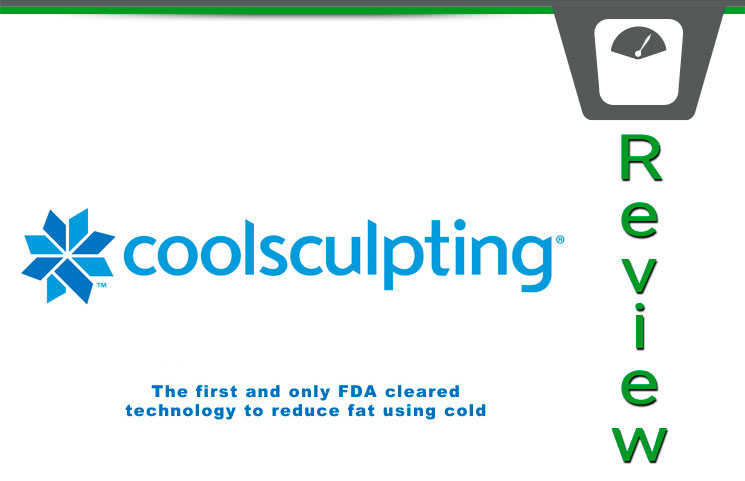 CoolSculpting is a non-surgical fat loss procedure that claims to be Hollywood’s “best kept secret”. Learn everything you need to know about CoolSculpting in our review.

The procedure has been cleared by the FDA and promises to help anyone look great for every angle.

With recent celebrity endorsements from Mariah Carey, Molly Sims, and others, CoolSculpting is ready to become more popular than ever before.

But how does it work? And is it actually safe and effective? Let’s find out.

How Does CoolSculpting Work?

Fat cells are naturally more vulnerable to cooling than the surrounding tissue. So by applying prolonged cooling to the area, you can encourage fat cell elimination naturally over time.

A specialist applies this cooling using the CoolSculpting applicator. That applicator gently pinches the fatty area of your body, which cools the area to a temperature that causes the fat cells to crystalize and die. Then, the body naturally removes the fat cells from the body.

The applicator cools your skin down to -10 degrees Celsius. Clients typically report a mildly uncomfortable cooling sensation followed by a numbness in the area.

Typically, the procedure is used to treat problem areas of your body that may not be treated by traditional diet and exercise, including:

The actual procedure takes one hour per treated area. There’s no downtime after treatment. After the procedure, most patients are ready to resume their normal activities immediately.

Results can be seen in 1 to 2 visits, although most CoolSculpting doctors will encourage more visits for maximum results.

The Science Behind CoolSculpting

How did scientists figure out that fat cells react differently to the cold than ordinary skin cells? The story on CoolSculpting.com explains that

“Harvard University scientists discovered the science behind Cryolipolysis® while observing that some children got dimples from eating popsicles.”

These two would eventually trademark their procedure. Today, it’s available at clinics across America.

Side Effects of CoolSculpting

Typically reported side effects following the CoolSculpting procedure include:

The key benefit of the CoolSculpting procedure is that because your fat cells react differently to your surrounding cells, there’s no risk to the surrounding tissue on the treated part of your body.

How to Undergo CoolSculpting Treatment

CoolSculpting procedures are available at clinics across America and around the world.

That page lists several different types of CoolSculpting practices, ranked according to their status with the procedure.

CoolSculpting currently has a 71% “Worth It” rating on RealSelf.com, which has 766 reviews posted over the past 24 months.

Some of the things customers have said about the procedure include:

“The first 5-10 minutes are pretty uncomfortable after that you're so numb you don't feel it. Then after each applicator is taken off you should receive a 2 min massage this was researched to give you a 68% better result!!! P.s … The massage hurts!! It's the worst part. The weirdest feeling ever because you're numb yet sore and depending where you get it, the massage tickles and hurts at the same time. after the procedure I was so nauseous and had a headache”

“So I went in knowing the possible outcomes so that prepared me to what was to come. I did a total of 8 applications (1 hour each) but they do two at a time. I did my bra line, love handles and my lower and upper abdomen. The temperature is put to -10 c.”

You can read more reviews for CoolSculpting and view pictures from real clients here.

How Much Does CoolSculpting Cost?

RealSelf.com reports that the average cost of a CoolSculpting procedure is $2,100 (total, including multiple treatments).

The minimum price for the procedure was $800 with the maximum reported price being $3,250. Costs will vary depending on your number of treatments, geographic region, and the complexity of the procedure.

Zeltiq was founded back in 2005. Over the years, CoolSculpting has grown to “become the #1 non-invasive fat reduction procedure” with more than 22.4 million people in the United States alone interested in undergoing the procedure, according to statistics posted on the official CoolSculpting.com website.

In 2014, Zeltiq was chosen as the number one fastest growing medical device company by Deloitte.

The company is headquartered at 4698 Willow Road in Pleasanton, California 94588.