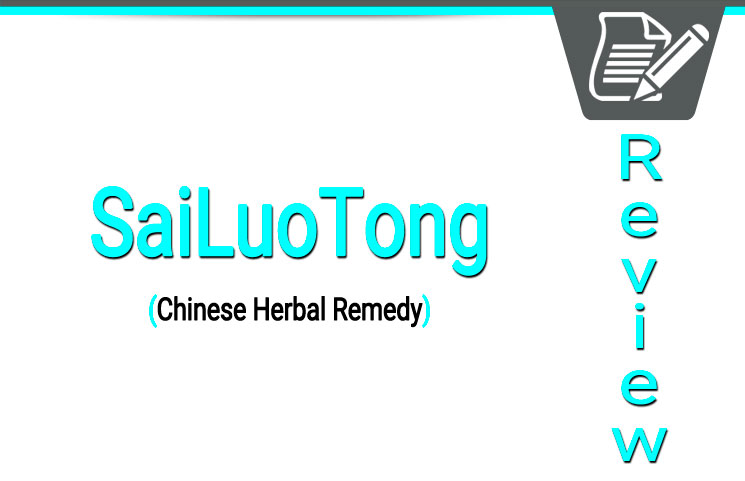 Vascular dementia is a condition that affects millions around the world. A new traditional Chinese medical compound called Sailuotong was recently shown to treat vascular dementia. Here’s everything you need to know about this groundbreaking new study.

Sailuotong is a Chinese medicine compound that comes in the form of a capsule. Depending on the source, it’s sometimes spelled with capital letters like SaiLuoTong or for short SLT.

The compound consists of three different compounds, including:

You’ve probably heard of the first two ingredients: both panax ginseng and ginkgo biloba are popular herbal remedies that have been used over the years.

You might not have heard about crocus sativus, however. That’s just the official taxonomical name for the plant saffron is from. In some sources, you’ll see that third ingredient simply listed as saffron.

It’s theorized that this formula has powerful neuroprotective, antioxidant, and anti-hypertensive properties, which is why it’s undergoing considerable research as we speak.

In a recent clinical trial, Sailuotong was shown to be effective in the treatment of animals with vascular dementia. In that test, the compound was shown to increase cerebral blood flow and improve Alzheimer’s disease symptoms relative to a placebo.

Researchers grew encouraged about the potential future uses for Sailuotong, which is when the researchers decided to pursue human clinical trials.

After that initial animal trial, Sailuotong moved onto human trials, where participants were randomized to receive either Sailuotong or a placebo for 1 week. The study involved 16 healthy adults.

Participants were told to complete computerized neurocognitive tests and also had their EEG activity recorded while performing other tests.

Ultimately, Sailuotong performed significantly better than the placebo. You can see the full results of the study here. Participants were measured in their reaction times, time of recollection, and other cognitive metrics.

Researchers in the study concluded that:

“Though the effects were small, SLT enhanced visuospatial short-term memory and working memory. Importantly, SLT also increased auditory P3a amplitude, a neural correlate of working memory processes. Findings are consistent with previous research, and suggest that SLT could potentially improve memory function in healthy volunteers, however, a larger sample size is needed to demonstrate this.”

In other words, Sailuotong was shown to improve memory and cognitive functions in healthy adults across numerous cognitive tests. Nevertheless, the sample size was so small (16 adults) that more research is needed before these results can be considered anywhere close to conclusive.

The study was published by Elsevier Korea LLC and funded by the Korea Institute of Oriental Medicine.

Current Treatments for Vascular Dementia Are Not Doing the Job

One of the reasons why the Sailuotong studies are so groundbreaking is because the current medical treatments for vascular dementia are inadequate:

“Current pharmaceutical drug treatments for vascular dementia are ineffective because they don't address the multiple factors associated with the disease,”

“However in Chinese medicine, the combination of several herbal compounds which work together to address different causes and symptoms of a disease is common.”

Over 200 Australians Are Currently Undergoing a Clinical Trial on Sailuotong

In early December 2015, it was announced that over 200 Australians with dementia would soon be joining one of the world’s largest clinical trials for Sailuotong.

You can learn more about that clinical trial here.

Worldwide, 47.5 million people have dementia. Sailuotong has shown early promise at improving blood flow to the brain. After more clinical trials with a greater number of participants are complete, we’ll be able to see whether or not Sailuotong really lives up to the promise